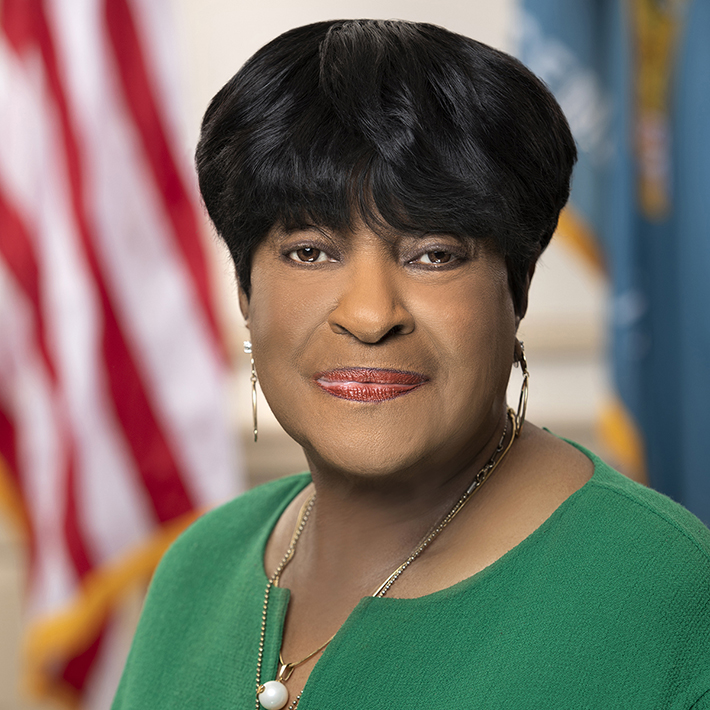 Stephanie T. Bolden is a lifelong resident of Wilmington, Delaware. She is a very accomplished and distinguished pioneer in Delaware’s political arena. Specifically, she is the longest serving, elected African American woman in the state of Delaware, including the second African-American woman elected to Wilmington’s City Council serving five terms and the first woman elected President Pro Tempore.

In 2010, Ms. Bolden was elected to represent District 2 in the Delaware State Assembly. She has demonstrated a lifelong commitment to public and community service; working hard to enhance the quality of life for seniors and youth, improve the public safety and economic development of Delaware and its cities. Throughout her professional career and personal life, she has set a high bar of integrity, dedication and passion. Notably, her strong belief in education led her to devote more than thirty years, as an educator in both public schools and institutions of higher education.

Throughout her years of public service as a Wilmington City Council Member and Delaware State Representative, Ms. Bolden has sponsored and co-sponsored legislation on numerous issues, designed to improve the quality of life for her constituents including legislation enhancing public education and charter schools; protecting seniors and youth; improving public health and safety and increasing gun control.  For example, during her years as a City Council Member, she was responsible for the implementation of the City Wide Camera Watch Program, which positioned cameras throughout Wilmington’s high crime neighborhoods. This program still exists today and has played a pivotal role in addressing crime and safety in the City of Wilmington.  After being elected to serve as State Representative, Ms. Bolden sponsored HB 269, a bill that required the Department of Service for Children, Youth and Their Families (“DSCYF”) to run credit reports for children in foster care within 30 days of their 16th or 17th birthday. The Governor signed the bill into law in July of 2012. In the same vein, she sponsored legislation to establish a study group to examine methods to protect seniors from financial exploitation.

During her lifetime, Ms. Bolden has been a tireless community worker. She established the Burton-Phelan Memorial Scholarship Program, currently in its 24th year, to provide financial assistance to matriculating college sophomores, juniors and seniors who maintain a 2.50 cum and must live in the Second Rep. District. The program has helped numerous college students with tuition and financial assistance. Ms. Bolden also established Girl Scout Troop #143 for homeless and low-income girls on the Eastside of Wilmington. She served as Girl Scout Troop Leader for 12 years, operating out of St. Joseph’s Catholic Church with the assistance of Former Supreme Court Judge Hallie Alford and Julie Sills, the daughter of former Mayor James Sills, Jr.

Stephanie firmly believes in the principle “that policy and decision making should reflect the needs of the individual(s) in both local and state government”. She continues to serve the 2nd district by committing to fight for education, public safety, health and protecting the rights of all constituents.

This Act establishes the Racial Equity Consortium (“Consortium”) for the purposes of studying and making recommendations to address the disparities and inequities faced by persons of color in this State. The African American Task Force, established by Senate Bill No. […]

This Act allows any municipality with a population of 50,000 or more to establish by ordinance rules for the location of liquor stores that are more restrictive than state law, and requires the Alcohol Commissioner to refuse a license for […]

This Act is the Department of Finance’s Annual “housekeeping” legislation. Specifically: (1) Section 1 of this Act removes an antiquated statewide refund cap from budgetary practice. (2) Section 2 of this Act ensures the procedure for calculating County Seat payments […]