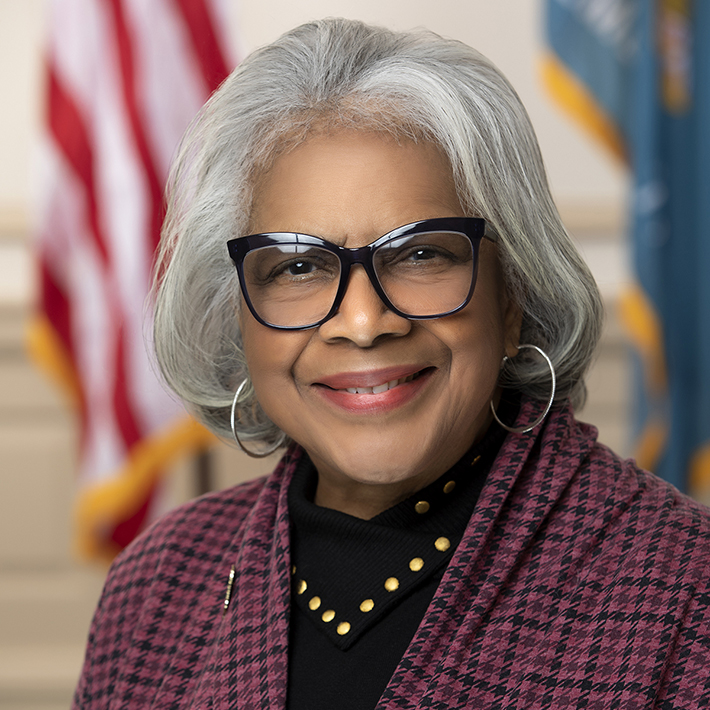 Esthelda was born in Milford and raised in Lewes and Milton. She attended elementary school, grades 1-6 in Milton School #196-C in a time of segregation and segregated schools. She received her BA in Sociology at Delaware State College/University with a minor in Education and completed her Master of Education Instruction at the University of Delaware.

After retirement, she continued to serve in higher education, by becoming the Director of Student Teaching for Delaware State University on the Dover Campus and later Director of their Georgetown Campus site. She has also served as a Student Teacher Adviser for Wilmington University.

Esthelda has been involved in numerous clubs and organizations such as the Delaware State University Board of Trustees, serving as Vice Chair of the Governance Committee, the Southern Delaware Alliance for Racial Justice, Delta Kappa Gamma Society, Delta Sigma Theta Sorority, Sussex County Alumni Association of DSU, Delaware Retired School Personnel Association Board, Milton Historical Society Board, DE Historic Preservation Board, and many more.

She has served on the state’s Diversity Recruitment Committee, the Kent and Sussex Symphony Committee, Delaware Law Education Committee, member of the Association for Supervision of Curriculum and Development, Delaware Administrator Standards Committee, and the Higher Education Commission. She was also a Councilwoman and later the Vice Mayor of the Town of Milton.

Estelda is the proud mother of two sons, seven grandchildren and six great-grandchildren.