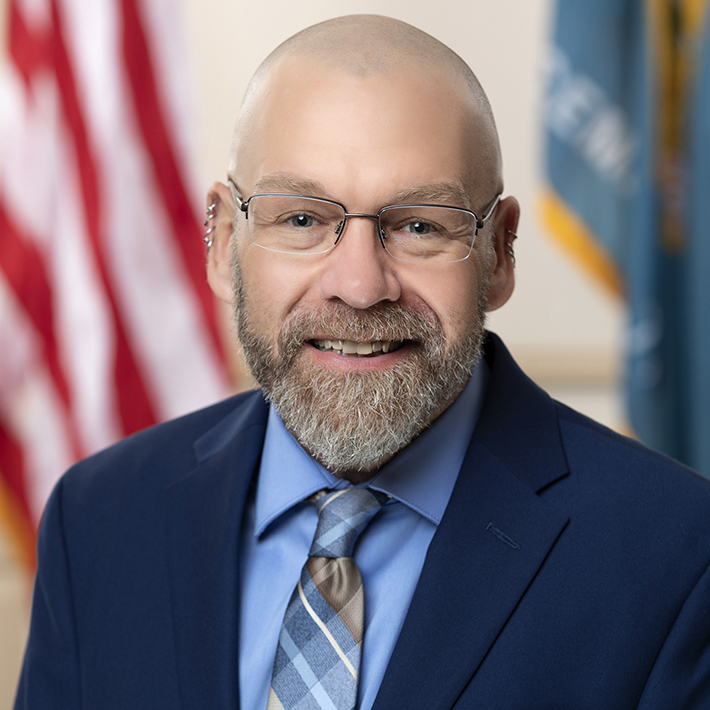 Rep. Morrison is a lifelong Delawarean. He grew up downstate in Bridgeville and graduated from the University of Delaware Honors Program in 1996. Rep. Morrison worked for six years as a full-time educator and as a part-time educator for many years thereafter.

Since a young age, Rep. Morrison has been very involved in his community. As an adult, he has held long-term leadership positions in community organizations and nonprofits including Delaware Pride and Delaware United. Also, he has volunteered and continues to volunteer for numerous community organizations like AIDS Delaware, the Rainbow Chorale of Delaware, and Faithful Friends. He has volunteered regularly at the Food Bank of Delaware for over 17 years.

Before being elected as state representative for the 27th District, Rep. Morrison participated extensively in local and state politics for several years as an activist and as an organizer. He worked to help pass important legislation, organized and moderated various forums to help educate the community about political and social issues, as well as candidate forums and debates. Also, he held “boots on the ground” and leadership roles in the campaigns of many progressive Democratic candidates and elected officials at local, statewide, and federal levels.

In his spare time, Rep. Morrison enjoys reading, watching documentaries, and spending time with his wonderful family and friends.

This Act clarifies the authority of the Office of Animal Welfare and Department of Agriculture to enforce all state laws relating to protection and control of animals, including dog barking laws. The Act also transfers the authority to impose and […]

This Act requires all employers in the State to provide employees with a minimum of 1 hour of earned sick time and safety leave for every 30 hours worked. For employers with fewer than 10 employees, the time may be […]

This Act adds coercive conduct which restricts, controls, or interferes with an individual’s finances or financial resources including their bank accounts, credit cards, employment, education, and personal identity to the definition of “abuse” under Protection from Abuse Proceedings section in […]