The General Assembly overwhelmingly approved the 2022 Delaware Relief Rebate Program, which established a relief rebate – a one-time direct payment of $300 per Delaware resident taxpayer who filed personal income tax returns for tax year 2020 and adult residents who did not file a 2020 tax return. The rebate is not subject to Delaware income taxes. However, the payment still could be federally taxed under the original version of the law.

House Bill 25, sponsored by House Majority Leader Rep. Valerie Longhurst, would declare that the relief rebate payments be treated as a qualified relief payment under Section 139 of the Internal Revenue Code and is eligible to be excluded from a taxpayer’s gross income. This essentially would exempt residents from paying federal taxes on those $300 payments.

“Regardless of party affiliation, we all know how hard the past couple years have been on Delaware families, both during the pandemic and our economic recovery. Rising costs have created new challenges for residents at the grocery store, at the gas pump and at the kitchen table,” said Rep. Longhurst, D-Bear.

“We did right by our residents last year in providing them with some economic relief through direct payments. Now, we are going a step further to protect them from having to pay federal taxes on those payments. It’s another move we can make to help Delawareans, and it’s the first action of what I hope are many to provide a hand up to residents in need. I’m grateful for such broad support for this measure.”

Since the General Assembly passed and Governor John Carney signed HB 360 into law last spring, the state has sent 782,000 checks to Delawareans, with more payments being made this month. The program was designed to provide direct economic relief to hundreds of thousands of Delaware residents to address the economic hardships that rising prices at the grocery store and gas pump created.

“The rebates were already excluded from state income tax and this bill, once enacted, will ensure that Delawareans will not owe any federal tax on the payments either,” said House Minority Leader Rep. Lyndon Yearick, R-Camden, Wyoming. “I hope we can retain the bipartisan cooperation demonstrated on this measure as we look to further help working Delawareans struggling with higher inflationary costs.”

Under HB 25, as a federal declared disaster, the COVID-19 pandemic is considered a qualified disaster under the IRS Code. Funds received in connection with the pandemic could then qualify as a disaster relief payment and be excluded from a person’s gross income, saving residents from paying taxes on the $300 payment.

The program was estimated to cost more than $180 million, which was funded through a budget surplus.

“The past couple of years have been hard on Delaware families,” said Senate Minority Leader Gerald Hocker, R-Ocean view. “I am proud of the work the General Assembly did in coming together and passing much needed relief to help combat rising fuel costs, inflation and the overall tough economic circumstances Delawareans found themselves in. This legislation to exempt the relief payments from federal income taxes is much needed, as well.”

HB 25 now heads to the Senate for consideration. 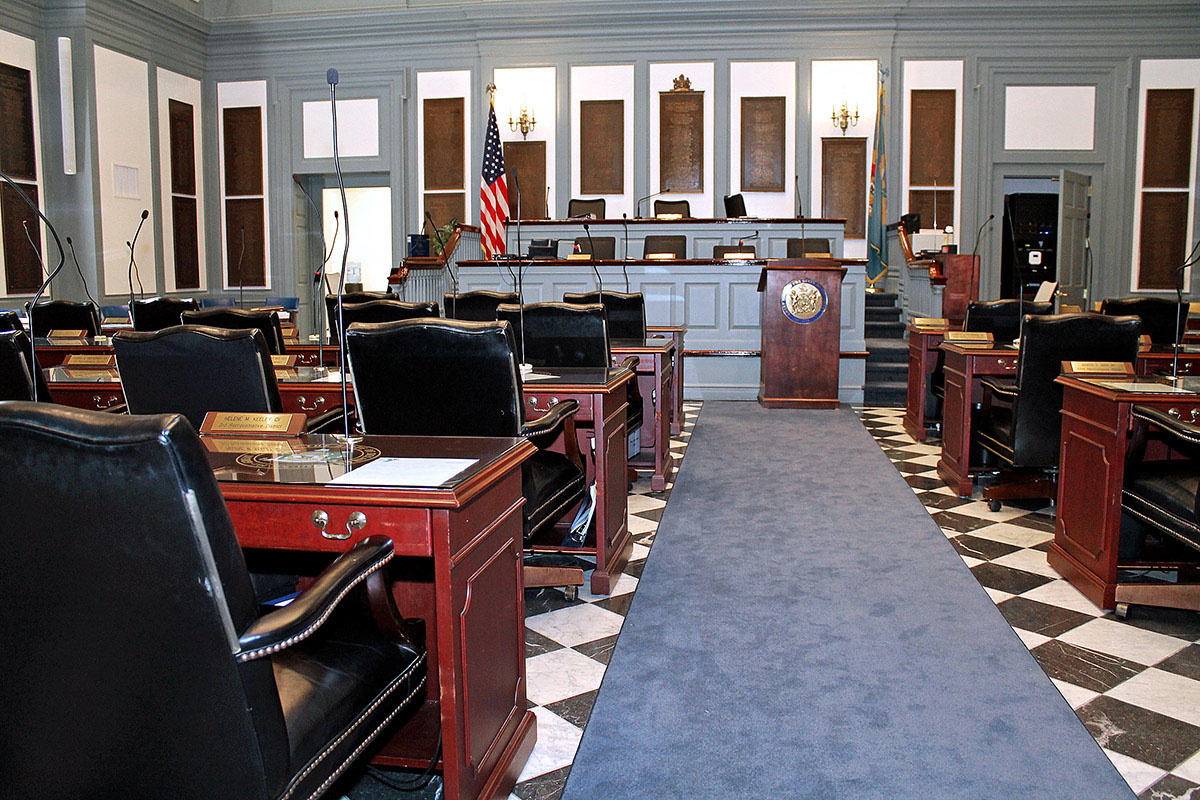